The new #Bounce range of safety footwear from Himalayan have been designed for maximum safety and comfort and here Tim Wood video explains the technology.

They’ve been created with state of the artwork seamless uppers and composite materials for lightness and strength.

If you are looking for lightweight safety trainers that can be worn all day long, where ever you find yourself, then the #Bounce is for you!

To see the #Bounce range in more detail follow this link

What is Electrostatic Discharge (ESD)?

In simple terms, static electricity is an electrical charge caused by an imbalance of electrons on the surface of a material.  This imbalance produces an electrical field that can be measured and that can influence other objects at a distance. Electrostatic Discharge (ESD) is the transfer of charges between bodies at different electrical potentials.

ESD causes a sudden flow of electricity between these two objects caused by contact, an electrical short, or dielectric breakdown. A build-up of static electricity can be caused by tribocharging or by electrostatic induction. The ESD occurs when differently-charged objects are brought close together or when the dielectric between them breaks down, often creating a visible spark, but not always, and this is one of the hidden problems of ESD.

Can you see or feel ESD?

Some common examples of ESD are the annoying shock from walking across a carpet and touching a door handle or sink unit to the opposite extreme of a lightning strike!

However, between these two extremes are electrostatic discharges found in workplace environments that can actually be costly or dangerous. Personnel shock injuries can range from a mild annoyance to a temporary loss of sight or hearing.

This same static discharge can ignite flammable mixtures and damage electronic components. Static electricity can also attract contaminants in clean environments or cause products to stick together.  Sometimes called the “invisible enemy”, static electricity or ESD can wreak havoc in many work environments if not properly managed.

What can ESD do?

ESD can cause harmful effects in industry. At one end of the extreme this could include explosions in gas, fuel vapour and coal dust.  At a smaller level, but non the less important, failure of solid state electronics components such as integrated circuits. These can suffer permanent damage when subjected to high voltages found in ESD.  This can happen immediately and readily detected, or it can cause damage which deteriorates the performance of a device over a longer period of time.

How do you protect against ESD?

Why You Need ESD Shoes?

The primary cause of ESD are people!

In other words, you charge up your own body:

ESD footwear is designed to reduce the accumulation of excess static electricity by conducting the body charge to the ground, while maintaining a high enough level of electrical resistance.

Suggested industries that would benefit from ESD flooring and footwear include;

just to name a few!

Which ESD footwear do I need?

The #GOwork collection includes lightweight and highly flexible #Electro ESD safety footwear which have been tested to BS EN IEC 61340-4-3:2018. This allows a product to use the ESD label. If a product is labelled as Anti-Static, it DOES NOT MEET ESD certification. But a product can be both Anti-Static and ESD at the same time.

We’ve created a new product video for the #StormHi and it’s available on YouTube now!

The StormHi is a composite, high cut waterproof safety boot made for the toughest of environments.  For more information visit the product page! 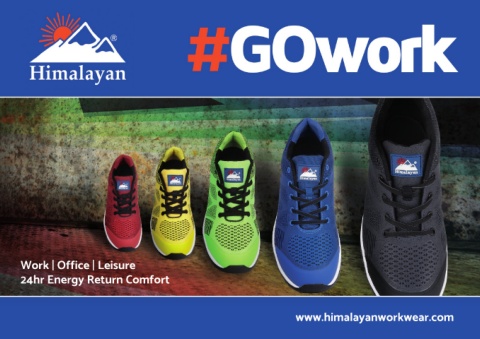